The 2041 Perspective Plan seeks to transform Bangladesh from lower middle income to an upper middle income country by 2031 and eventually to a high income country by 2041. These are highly ambitious but laudable targets. If the government is serious about achieving or even approaching these targets then they must pay attention to increasing the annual average GDP growth rate to 8 percent plus and sustain this over the longer term. 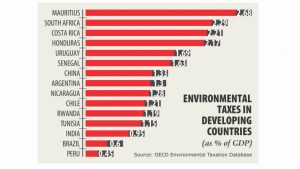 The sustainability of growth is a serious challenge owing to the severe environmental degradation and the continued heavy toll from natural disasters that are being exacerbated by climate change. The frequent large losses of capital and income and the continued large poverty incidence in districts that are adversely affected by environmental degradation and climate change are examples of the tasks ahead.

The current growth strategy has taken its toll on the environment and quality of natural resources in Bangladesh. While combating the disastrous effects of climate change remains a priority, the government also needs to ensure that the adverse impact on the natural environment emerging from domestic policy choices is minimised. A prudent economic growth policy that minimises such negative externalities may be termed as a ‘green growth’ policy.

Fortunately, there is a growing recognition amongst policymakers of the environmental damage of continuing with the business-as-usual development strategy and the risk it poses to the sustainability of development. Environmental activism has increased at the public fora and among policy-makers.

The increasing concern with environmental degradation and the risks of climate change have led the government to adopt a large array of strategies, laws, rules and regulations, and adaptation and mitigation programmes and projects. But the results on the ground suggest that their implementation has been weak. One major problem of the past is the inadequate integration of environmental concerns in the national development strategies and the annual budgets. The Bangladesh Delta Plan and the Perspective Plan seeks to address this strategic gap. More fundamentally, the financial and institutional constraints have been paramount in limiting the effectiveness of the implementation of the government’s environmental protection strategy.

According to the OECD, “Environmental fiscal reform” (EFR) refers to a range of taxation and pricing measures which can raise fiscal revenues while furthering environmental goals. This includes taxes on natural resource exploitation or pollution. EFR can directly address environmental problems that threaten the livelihoods and health of the poor.

This general idea of using taxes and subsidies to eliminate the gap between social and private benefits and costs has caught the imagination of environmental economists and policy-makers. Since many of the environmental services like clean air and clean surface water bodies are in the nature of public goods, private producers and households left to themselves would tend to contribute to excessive pollution of these services. In Bangladesh, air pollution and surface water pollution are mainly caused by irresponsible and unchecked behaviour of factories and households undertaking activities that generate carbon dioxide and other gaseous emissions, release various air pollutants through construction activities, and dump solid and liquid wastes into water bodies that pollute them. By imposing a pollution tax, economic agents will get an incentive to control their behaviour. This “polluter-pays-principle” along with the “beneficiary-pays-principle”, which requires that a beneficiary must pay the full cost of the good and service consumed, has now become common language underlying the application of good-sense economic principles to the design of sound environmental management policies.

At the theoretical level, the rationale for environmental taxation was first developed by British Economist Sir Arthur Pigou. He argued that when a private producer is not held accountable for all the costs incurred by the producer because some of the costs are not reflected in the financial cost of production, there will be an over-production of that good and the external cost will be passed on to the society at large. In practice, a Pigouvian tax in developing countries is a realistic proposition. The potential benefits that arise from a shift in incentives and raising additional funding for public spending make it an attractive policy tool, albeit one that has to be carefully designed and reviewed periodically.

Several lessons emerge from the review of experiences with EFR that should inform the debate on the formulation of EFR for Bangladesh. First, the use of EFR requires the presence of appropriate legal framework and adequate institutional arrangements for the design and implementation of adopted instruments. Second, administrative costs of tax collection should be minimised through a proper design. Third, there is often public skepticism (exploited by political leaders) that environmental taxes are primarily new ways of collecting more taxes rather than improving the environment. Countries have tended to rely on a strong information campaign explaining the rationale for the instrument and the possible benefits for the country as a whole. At the same time, taxes should be used gradually with an initially smaller coverage and lower rate.

In conclusion, the rationale for adoption of EFR in Bangladesh is clear. First, EFR can help raise public revenues. This is especially attractive for Bangladesh as it has a very low tax to GDP ratio.  Second, the incidence of air and water pollution in Bangladesh is amongst the worst in the world. Environmental taxes and subsidies aimed at reducing air and water pollution can be very helpful in improving the environment. Third, Bangladesh has a track record of heavily subsidising fuel oil with adverse fiscal and environmental consequences as well as contributing to inefficient use. Proper pricing of energy and other publicly provided services intimately related to environmental protection can ensure the efficient use of these resources and protect the environment. Finally, the inadequacy of resources is a major constraint on public funding for critical growth-enhancing programmes like infrastructure; for spending on health, education, water supply and social protection to support poverty reduction; and for funding major environmental improvement programmes. The revenues mobilised from EFR can be a major contributor to help augment public spending for these programmes.

Global experience suggests that the main constraint to the use of environmental taxation relates to political economy and is often confounded by equity concerns. These concerns affect taxes of all kinds, and EFRs are no exception. However, the beauty of EFR is that it has the potential to combine tax with pro-poor public expenditure measures.

The authors are the vice-chairman of Policy Research Institute of Bangladesh and the country manager of Adam Smith International respectively. 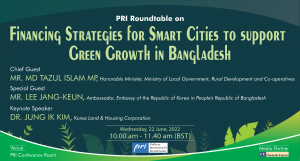 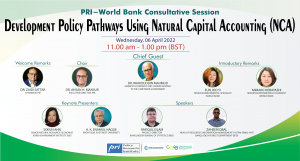 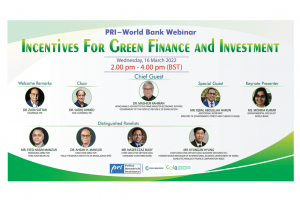 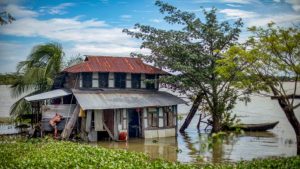